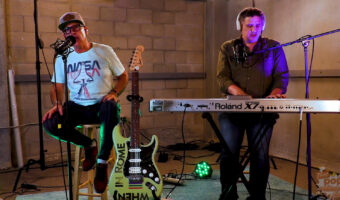 Clive Farrington performs live at studio at That Pop Culture Show in Beverly Hills with Francisco Pancho Burgos Goizueta. With Clive on vocals and Pancho on keyboards and backing vocals, they perform the smash When In Rome hit single, "The Promise". … END_OF_DOCUMENT_TOKEN_TO_BE_REPLACED